Social media is a great platform for companies to get their name and product out to a large audience with relatively minimal effort. While using social media might come easily to some, others are actually hurting their business rather than helping it, due to lack of knowledge on how and what to publish. In order to benefit from social media, businesses need to recognize their mistakes and work from them. Here are the top four mistakes made on social media, and how to fix them.

Some businesses might think that constant posts, tweets, or announcements will advance their campaign by constantly displaying their brand; what they do not realize is that they are exasperating their audience. By posting too much, the business is clogging the viewer’s newsfeed and timeline and annoying the potential client, who in turn might ignore the post, un-follow the account, or unsubscribe from the company’s announcements. This is the last thing businesses want. On the other hand, some businesses are not posting enough. Posting once a month or less does not keep the brand fresh in the viewer’s mind. To fix this common problem, the business needs to find the happy medium: Post only the most important key points, and post on average about five to six times a month. By asking, “will this help further my business/name/product?” before posting, the company has a better chance of obtaining the potential client’s attention.

Another common marketing mistakes businesses make is posting at the wrong time. Posting at 2 a.m. when the majority of their audience is asleep is not beneficial. Neither is posting during a time when the audience is distracted, such as during a national crisis, an election, a holiday and so forth. In order to fix this mistake, companies need to cater to their audience by recognizing the big picture. By observing current events, time of the day and year, and audience’s interest or feedback, companies should be able to post accordingly.

3. Using Social Media as a Megaphone

A third common mistake is using social media as a megaphone rather than a sounding board. Media should be used as a means of communication and interaction between audience and business. Companies need to listen to customer’s replies, critiques, requests and interest levels, and reply and cater to them. In other words: give the people what they want. When companies interact with their audience, they are creating a relationship that is positive and beneficial for the companies’ reputation. In order to fix this problem, companies should read their audience’s responses, make a list of the most common requests and complaints, and post further media accordingly.

There are many different channels of social media, including but not limited to Facebook, Twitter, Instagram, blogs, forums, snapchat, email and linkedin. Depending on the company, certain channels are more appropriate than others. For example, a company selling retirement plans to an older crowd might use email as opposed to blog posts because the generation they need to cater to is more familiar with email. A company selling Go-Pros might post videos on Facebook because the audience who would buy the Go-Pro uses that channel- also posting a video as opposed to sending out an email allows for a better demonstration of their product. To fix this problem, companies should first identify their audience and the most common channel they use. Then determine what kind of media they can post to that channel to best represent their company.

Companies who use social media are more likely to gain more clients, increase their revenue and create a better reputation for their business. Businesses are constantly competing on social media everyday; however, those that follow these tips will find greater success, ten out of ten times. 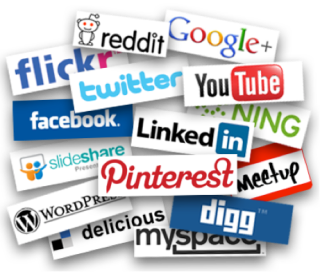 Julia Fletcher is a Communications Major with minors in Legal Studies, Political Communication and Journalism. She plays midfield for the University of Delaware’s club lacrosse team and is also the team’s Social Chair. Julia is from Boston, MA and in ten years hopes to own her own Public Relations Firm in the city.